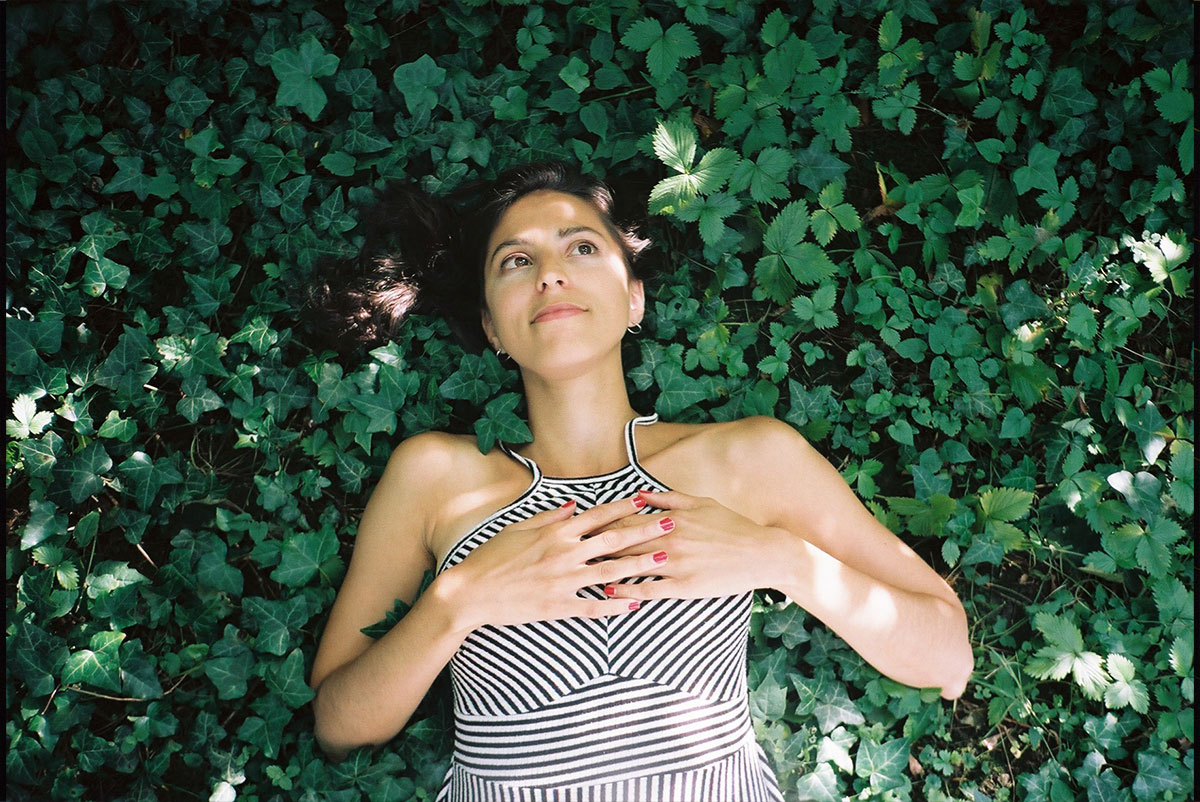 Luciana Morelli (1990) is a singer, composer and arts teacher. She was born in Argentina but settled in Basel, Switzerland, where she studied a master's degree in Jazz Performance at the Jazzcampus of the Musik Akademie Basel.
Now she studies a second Master in Composition with Guillermo Klein and Michel Roth, and improvisation with Alfred Zimmerlin and Andrea Neumann, also at the Musik Akademie Basel.
She has a diploma as Professor of Combined Arts (University of Buenos Aires). She studied singing and improvisation with Sandra Peralta, Luna Monti, Laura Hatton, Guadalupe Raventos, Marina Rama, Elisa Viladesau, Bárbara Togander and Lisette Spinnler; and composition with Edgardo Cardozo and Guillermo Klein. She participated in several workshops and masterclasses given by Roxana Amed, Cristine Correa, Dominic Eade, Dena DeRose, Bobby McFerrin, Gino Sitson, Judy Niemack and Norma Winstone, among others. In 2009 she graduated as a Vocal Jazz Performer at the Instituto de Música Popular del Sindicato Argentino de Músicos. She also worked as a singing teacher in high schools and music schools.
She writes about Argentine theater and cinema in different magazines and specialized websites, and composes music for theater plays, being her last work the music for Suyay (Pilar Ruiz, Buenos Aires 2020-2021).
Luciana Morelli quintet (2012-2015), was her first project as vocalist and composer with which she recorded her first album, "Mandala" (2014) of jazz standards and own compositions. The group, formed by Martín Ameconi/Ernesto Amstein (piano), Diego Uriarte (sax), Santiago Lamisovski (double bass) and Guillermo Harriague (drums) with the special participation of Juan Filipelli (guitar), won the "Música en Bares Notables de Buenos Aires 2015" contest and participated in the Buenos Aires International Jazz Festival in 2015.
She later produced Jazz at the movies (2015-2020), an audiovisual show in which a quintet composed by Luciana Morelli (idea, production, arrangements, vocals), Ernesto Amstein (piano, arrangements and musical direction), Nacho Szulga (bass) and Pedro Ahets Etcheberry (drums) perform jazz standards that have been part of the soundtrack of films, with videos and background images by Jazmín Nogueira and Sabrina Caruzo. Jazz at the Movies had a weekly performance since 2016 in one of the most prestigious jazz clubs in the city of Buenos Aires, Bebop Club. In 2017 JATM participated in "Jazzología", a famous weekly cycle with more than 30 years of story at the Centro Cultural General San Martín (Buenos Aires). In 2018 they won the contest "Música en Bares Notables de la ciudad de Buenos Aires" and, in December 2018, they toured the province of Buenos Aires where they performed at cultural centers in the cities of Rauch, Tandil and at the Teatro Español in the city of Azul. JATM has had special guests such as Mariano Loiácono (trumpet), Andrés Hayes (saxophone), Malena Pichot (vocals) from Argentina, Lukas Kohler (trumpet), Philipp Hillebrand (clarinet) from Switzerland and Kate Ortega (vibraphone) from Colombia.
Currently, she has a duo of improvised music with the performer Cristina Arcos Cano and her own band: Luciana Morelli group, her project as singer and composer, with an international band formed by Philipp Hillebrand (clarinet and bass clarinet), Mauricio Silva Orendain (piano), Sebastián de Urquiza/Snejana Prodanova (double bass and backing vocals) and Paulo Almeida (drums).
In 2021 she released "Lo abismal, el agua" (ears&eyes records), an album of songs ranging from jazz to contemporary Argentine folklore and free improvisation. This time, the artist sought inspiration in poems, travels, photographs, dreams and her own experience related to migration, where the topic of the journey is present as an experience of transformation and learning.